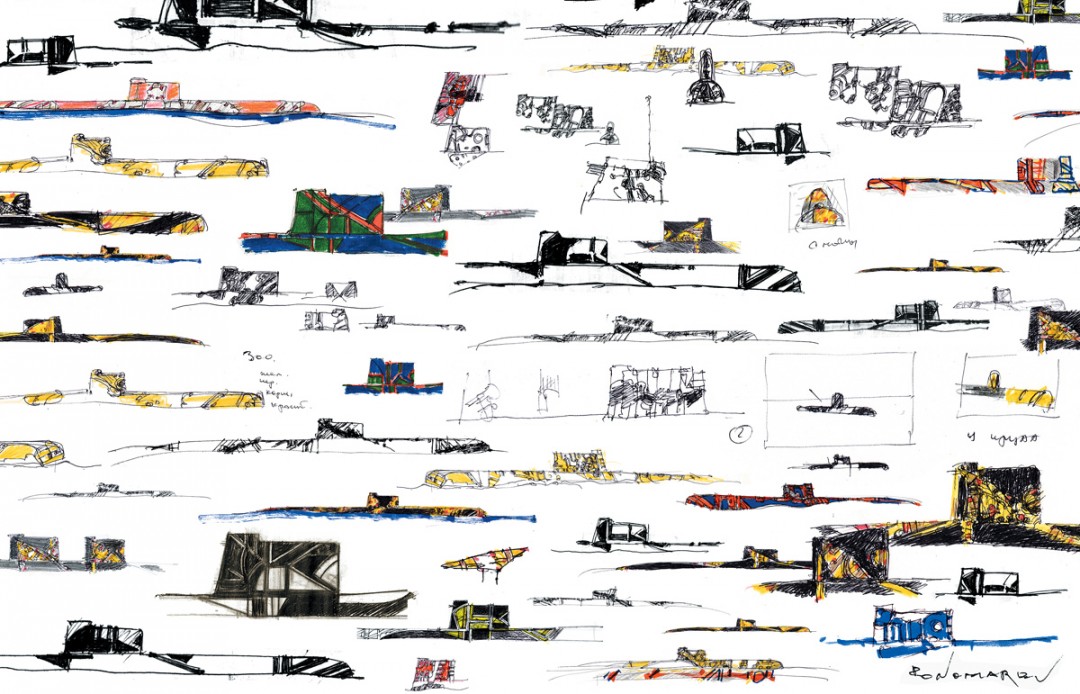 A collateral event of the 53rd International Art Exhibition

Alexander Ponomarev is one of Russia’s most important contemporary artists. The artist represented Russia in the highly popular Russian Pavilion at the 52nd International Art Exhibition—La Biennale di Venezia with his installations Shower, Wipers and Wave. This time, at the 53rd International Art Exhibtion, Ponomarev is once more exploring the cultural waters of this key contemporary art exhibition, as well as the historical context of one of the most beautiful and mysterious cities of Old Europe.

Ponomarev first visited Venice at the end of the 1970s, when he was still a student at the Odessa Advanced Naval Engineering School. Even then the young man was greatly impressed with this maritime republic and its legendary image, inexorably associated with unruly elements, naval battles and the paintings of great masters. That early visit made a vivid impression on the young man and an indelible mark on his artistic soul. SubTiziano is a fitting return for the artist, this time in his own submarine.

“Some years ago the artist began creating an oeuvre patterned after the concept of the Epiphany. To appear and to disappear: these two movements must alternate while observing a balance; otherwise, a catastrophe is inevitable. Every surfacing represents a new birth, and the restoration of the phenomenal ties with the world, which had been lost at the submerging stage.”

Defending both the artist’s right to be understood and his right to be misunderstood, a pack of submarine sea-wolves is patrolling the artistic domain, regularly surfacing to demonstrate the power of art: Ponomarev’s submarine fleet appears in the areas of artistic hyperactivity.

In their memory and imagination, many people regard the submarine as a terrible weapon. “How and why do I not write about my method of staying underwater for as long as one can stay without food? I do not reveal it to the public because of the evil nature of men who would use this method for killing at the bottom of the seas”, wrote Leonardo ad Vinci.

Former submariner Ponomarev did some reverse engineering: he sneaked into that secret and closed area, reclaiming the deadly weapon as an art object. With the aid of chromatism, he transformed a submarine into a medium of artistic interaction, stripping it of its main advantage: secrecy. Musing upon the great master Titian, the legendary conqueror of the colour element, who himself worked in 15th century Venice; the contemporary artist covered the surface of the submarine with colourful “negative” camouflage.

Having considered all possible options for surfacing and docking, the submariner-artist Ponomarev has chosen a predefined spot on the map, with the coordinates 45”26’03. 58” N 12”19’36. 90” E. In the name of the artistic community, he will enter the waters of Venice and for several months change the landscape of the Grand Canal, against the backdrop of the sinking and surfacing facades of the Venetian palaces Ca’ Bernardo, Ca’ Foscari and Ca’ Rezzonico.

Ponomarev’s aquatic installation will be enhanced by onshore presentations of the artist’s drawings and photographs in the halls of Palazzo Ca’Bernardo, in the Faculty of Anglo-American, Ibero-American and Slavic-Eastern European Studies of the Ca’Foscari University.

A fully illustrated catalogue Alexander Ponomarev | SubTiziano will be published by the RNA Foundation and the Barbarian Art Gallery presented by Natasha Akhmerova to accompany the exhibition. 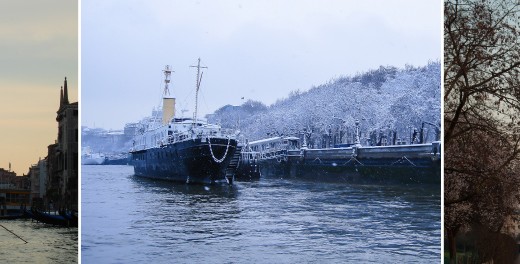